Manuel Reyes began as a flamenco guitarist. He was drawn into the world of building by an old, beat up old guitar given to him by Carmen Lacquer, a flamenco singer. He tried to restore this instrument, but was unsatisfied with the result, so he decided to build a guitar guided by his own intuition. By the time he finished, he was hooked. Later, he met Joaquin Sanchez Galisteo, the luthier who was his first teacher. Sanchez taught Manuel the basics of guitar construction.

Manuel Reyes has been building guitars since the 50s. He setup his own workshop in 1949 in Cordoba.

Through Pepe Martinez, the famous flamenco guitarist, Manuel was introduced to great master luthier Marcelo Barbero, who was his model.

Manuel moved to Madrid to study personally with Barbero. Manuel studied with Marcelo for about a year, and although Marcelo offered him employment in his workshop afterwards, Manuel had so many clients in Cordoba waiting for guitars, he was forced to return to his native city. Unfortunately, Barbero died too early to show Reyes really a lot, but his influence is unmistakable.

Reyes took a giant leap forward at the end of the 60s. The guitars, which he built starting from the 70s, have nothing more in common with the earlier ones. When Vicente Amigo noticed him, he already had a very good reputation as a guitar builder.

Today he is the unbeatable no. 1 in Spain for flamenco guitars.Waiting times of 15 years and longer are not seldom.

His order book is full of customers who have been waiting for a guitar since the 90s. He has not taken any new orders for many years. Manuel only makes about 20 guitars a year.

Vicente Amigo, Tomatito, Manolo Franco and many others play his guitars enthusiastically. 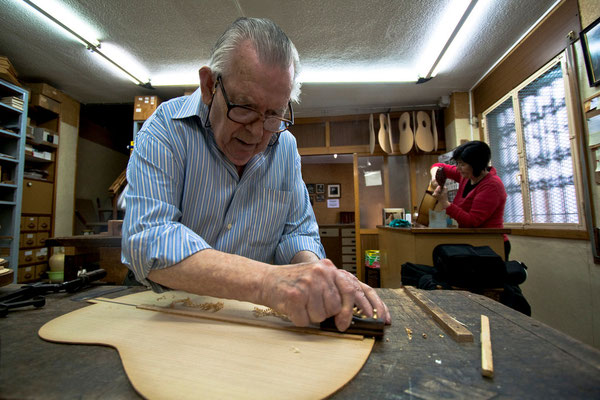 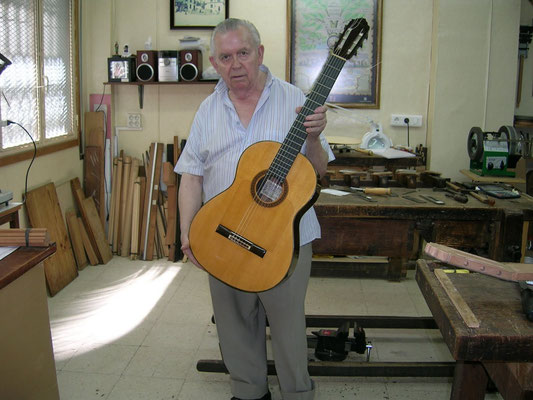 Manuel Reyes' son has been in the workshop under the wings of his father from the end of the 90`s and worked with him full time till his death in December of 2014.

He began to make guitars under his own name in about 2000. The sound quality is quite good. He already has a waiting list and his market value is increasing.

The sound is similar to that of his father's guitars, and some instruments are nearly indistinguishable from those of his father. 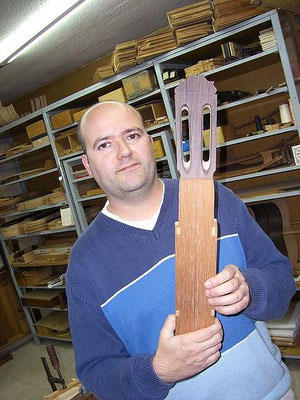 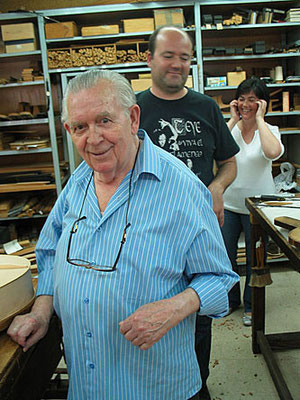